In October 2014, I wrote an article about what I was looking to build in my new home test lab. Since then I have been hard at work setting it up and I have made a number of design changes since then. Here is an update on my progress…

Since October, I have bought some new hardware and have also changed my mind on the hardware I was originally going to use. Originally, I was looking at using 2 x Mac Mini Core i7 (Late 2012) with 16GB RAM as my two test lab hosts, however after I purchased my first Mac Mini and realised that even with 16GB RAM I can only have around 6 or 7 usable VMs on the Mac Mini at one time. For this reason, I decided against purchasing a second Mac Mini and rather built my own VMware ESXi White Box machine.

I have updated my network diagram to reflect all of the changes I have made, including the upgraded of my internet router to a NetGear R8000: 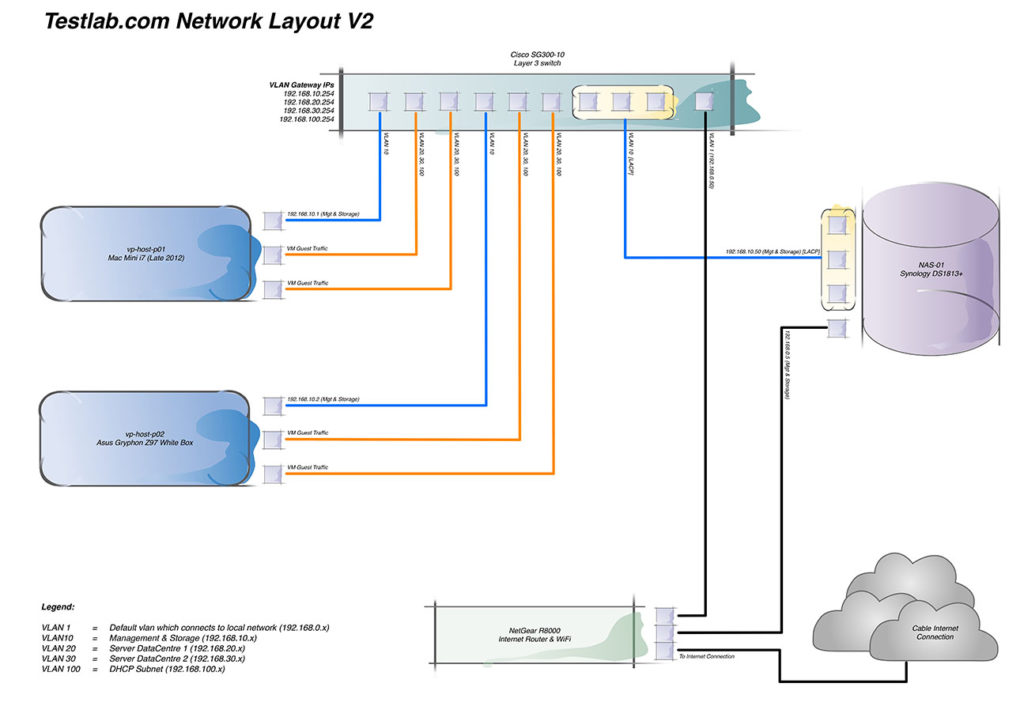 In addition to being able to use 32GB RAM and a much faster and more energy efficient CPU, my white box is also used for a second purpose…. the occasional gaming machine. I ended up building VMware ESXi 5.5 on a USB Flash Drive and then installed Windows 8.1 on the SSD so that I can dual boot when required.

Before getting into the details of the build I thought I would document my requirements:

After much research, I decided to go with a micro-ATX sized machine that supports a full-sized GPU and a closed loop water cooling block (for quiet and efficient cooling). I also added an Intel quad port Gigabit NIC to be used in my VMware environment. Here are all of the specs of my ESXi White Box:

I am not going explain the reason why I used each component, however if you are interested in the selection of a particular component, then send me a comment below. 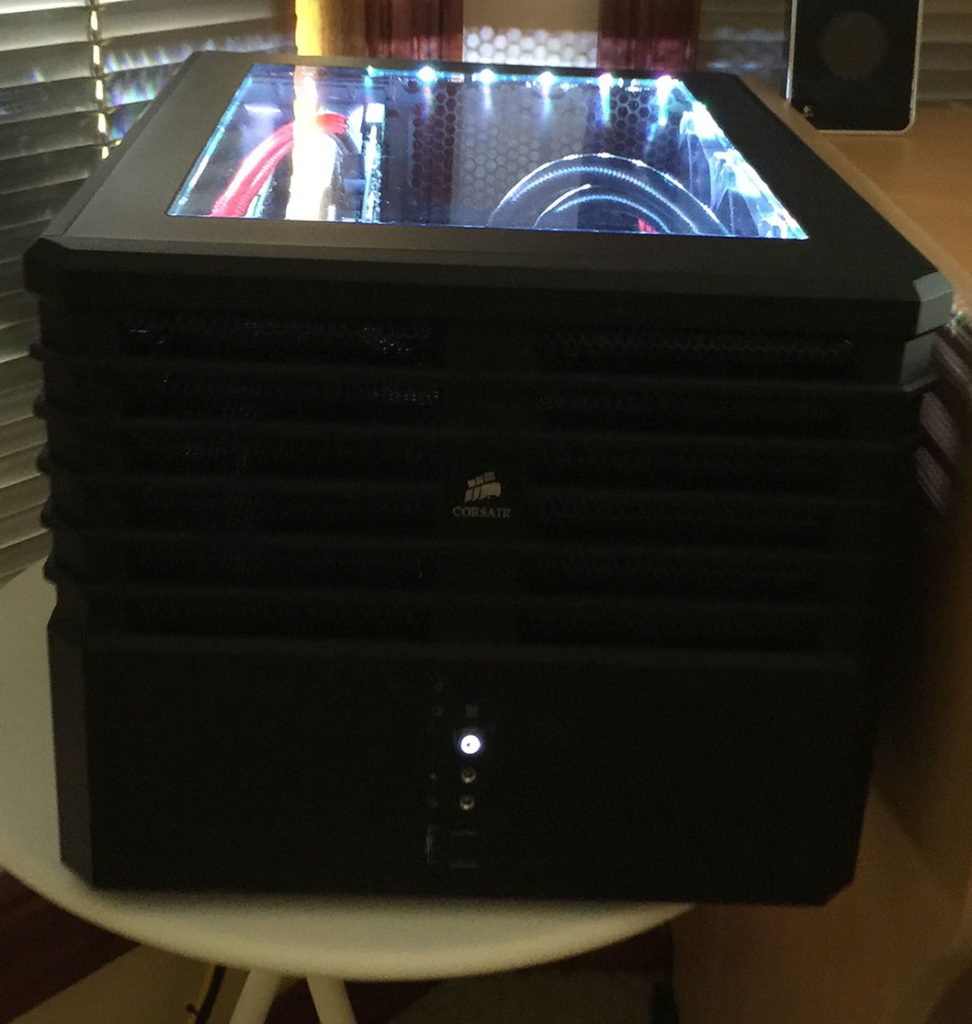 My other major upgrade was I a 12RU server rack which contains all of my test lab and most of my home network components. The only reason why I did this was so that my test lab was organised and clean, especially the network cables as they can get messy really quickly.

In addition to the rack, I colour coded my network cables – yellow for test lab, black for internal network. I am not going to go into too much detail, but I will say that the server rack is awesome, not only does it look really good but it keeps it dust free and relatively cool too.

Here is what my current test lab looks like: 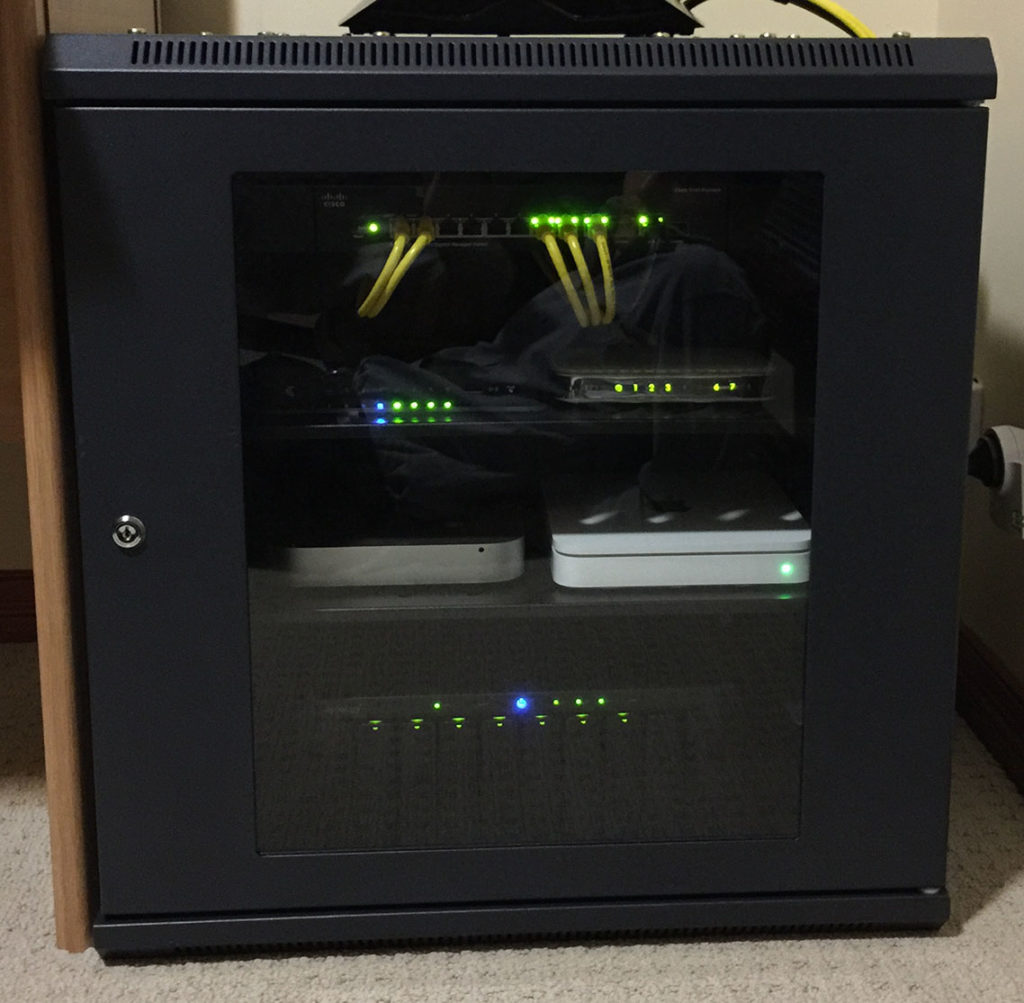 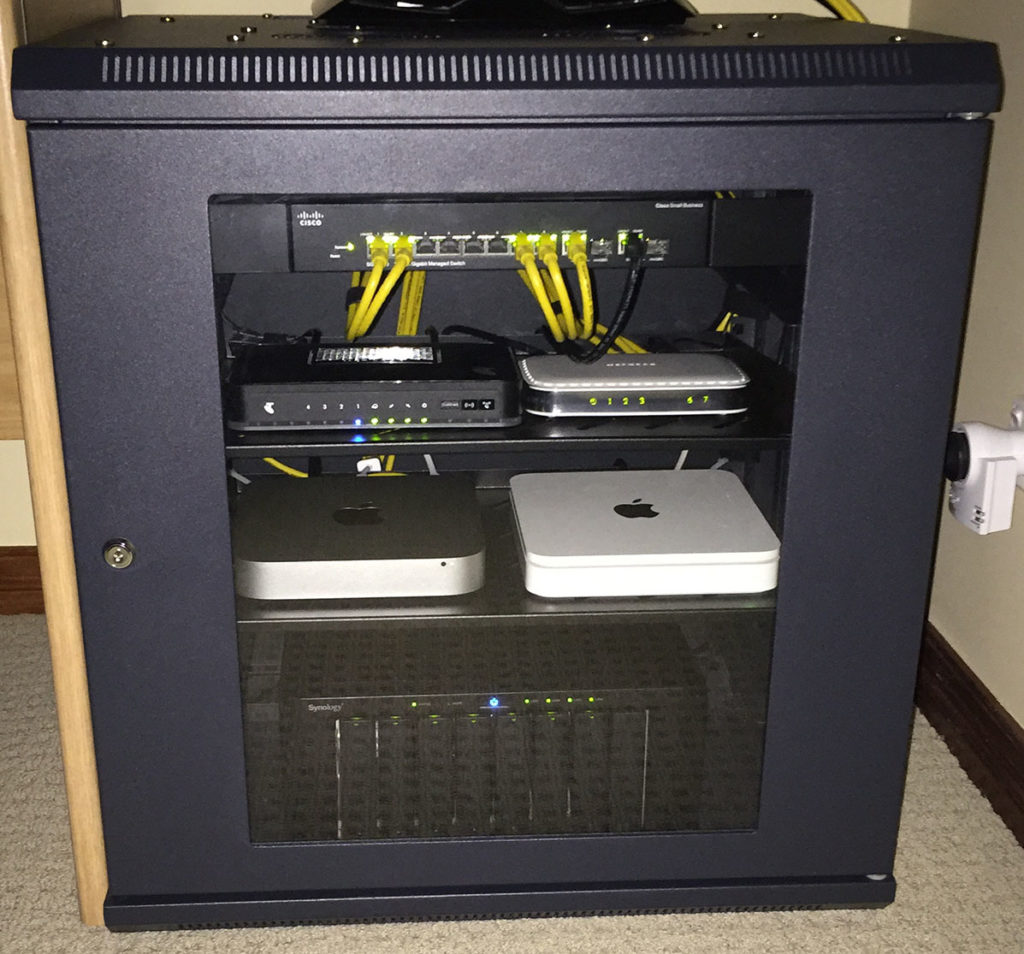 In addition to building and configuring the physical components of my test lab, I have completed my VMware vSphere 5.5 install, using distributed switches and host profiles. I did have a few issues (which have and will continue to document), however I can report all is working well and now with the additional resources am able to test heaps of new things!!

If you have any questions or comments, let me know below.